Most minetest servers have a lot in common. In most of them, spawn is located in a nice grassy field. There are some animals, some monsters, and lots of blocks. The more powerful servers may even sport the famous pipeworks / mesecons / technic combo.

Blocky Survival is, in fact, quite different then the servers described above. While it does have some things in common, such as a protection mod and animals, it is quite unique. It uses a somewhat modified version of the little-known modpack called "TechPack" in conjunction with another little-known mod with the name "terumet" instead of the aforementioned pipeworks / mesecons / technic combo. While this isn't as feature-rich, it allows basic to advanced automation with nearly zero lag!

The server's mapgen is the weird but fascinating "valleys", which produces everything from grassy slopes crisscrossed by rivers to mountain ranges towering far above the clouds. Spawn is located in a giant cave some 40 nodes below the surface, and beautifully lit by mese lamps.

It has no monsters except for in the nether, where an army of them guards the mysterious "Nether Heart Ore", which, after being processed, is capable of reviving a player.

How busy is it?

At this moment, there are 5 players on it, and there has never been more then 20. The average, according to the server list, is around 6. The server is newly founded, so join quick and grab area around spawn while you still can!

The server admin is myself, BillyS.
My faithful co-admins are luk3yx, xerox123, and A_Hamilton (aka Mr_Pardison)
There is currently only one moderator: Ruslan1
Blocky Survival is hosted by DI3HARD

Sounds great. Got any pictures?

Here is a picture above spawn. Spawn is located directly below the small building with the tan walls in the top right of the photo.

Here is a picture of a small village started by players.

Here are a couple pictures of the inside of spawn.

Here is a picture of the nether.

And here, finally, is a picture of me getting slaughtered by monsters after trying to steal a Nether Heart Ore.

What mods exactly does it have?
The full list of mods (as well as their code) can be found at https://github.com/Billy-S/blockysurvival

gr8 s3rv3r me likes it +1
I don't have anything important to say.

Haven’t tried this yet but I applaud you for stepping out of the all too common ”tech stack” comfort zone (techpack instead of technic/mesecons/pipework).
Mods | Support Mesehub: bc1qluuests9rxmlnvpjrhsnyjg9ucwy6z3r0y3srw

Update:
Caverealms were installed! I actually meant to install them a while ago, but forgot to enable ... *cough cough*
I am considering digtrons as well...
<SHAMELESS PLUG> Play on my server Blocky Survival! It's unique! </SHAMELESS PLUG>

Can the mobs protecting the Nether Heart use nether portals?
plz see my map from The Stanley Parable. viewtopic.php?f=12&t=19944&p=0&e=0

Can the mobs protecting the Nether Heart use nether portals?

No, as far as I know only players can use nether portals


btw, someone placed lava above the spawn so now it's flooded with lava...

Yeah, thanks for telling me. I fixed that a while ago. :)
<SHAMELESS PLUG> Play on my server Blocky Survival! It's unique! </SHAMELESS PLUG>

Alright, who wants pipeworks? I've had several requests for that to be installed, so I set up a poll.
<SHAMELESS PLUG> Play on my server Blocky Survival! It's unique! </SHAMELESS PLUG>

Tubelib is what makes the server a bit unique on the list. I'd also like to keep this mod instead of having to deal with a bunch of new unknown nodes.
Look, I programmed a bug for you. >> Mod Search Engine << - Mods by Krock - DuckDuckGo mod search bang: !mtmod <keyword here>

It looks like everyone wants tubelib, so tubelib it is.
<SHAMELESS PLUG> Play on my server Blocky Survival! It's unique! </SHAMELESS PLUG>

havent played in the server yet, only took a look at the spawn and seems sweet and original
My Public Mods! Discord: Rottweiler Games#3368

Do you use Ubuntu?
Sent from my Commodore 64. Some of my Mods: Tech Age, TechPack, Hyperloop, Tower Crane, Lumberjack, Iron Age, Minecart, Signs Bot.

The server now has a website at https://mt.packets4hire.com/! It is still in development, but is quite promising. It also features a automatically-updating server map. The map may take a while to load, so if you just see a grey area please be patient! (For those who just want to see the map, it is here: https://mt.packets4hire.com/index.php/map/)
<SHAMELESS PLUG> Play on my server Blocky Survival! It's unique! </SHAMELESS PLUG>

great website i do really like the look of it, seems nice. but you should add a mail just incase we have a emergency
My Public Mods! Discord: Rottweiler Games#3368

great website i do really like the look of it, seems nice. but you should add a mail just incase we have a emergency

Nice Server i would like the server more if they were no pvp cmd so nobody is protected by /pvp and it would be cool if they would be monster. :)))

Imagine you as a random noob in spawn being spawnkilled when there is no moderators or admins atm. That'd not be cool. Now by elimination, there is no reason for pvp false by default or even no pvp mod, its a way to enforce the rules. There is a rule that clearly says that pvp is allowed with consent(Idk if I forgot the right word, hopefully consent is the one), that basicly the other player has to first agree with you to be able to pvp with you, right now pvp mod asks not more of you than simply saying in the chat: "Hey type /pvp to pvp with me!" and ta-da, if the person wants pvp you'll get pvp, if the person don't, you'll not be able to annoy they. Mostly people who do want pvp are with pvp enable, just use pvpcheck command to see.

I recognize there might be some annoying things about it, mainly if you're gonna win and the person types /pvp. But I plan to fix those when more than 3 people ask me for that, I'll make it so that when you're hitted you have to wait 25 seconds to turn pvp off. But you need to get people to tell me, I got not much time so I need to see that people wants so.
I don't have anything important to say.

Is it a joke or a troll?

When I tried to join, I got this error 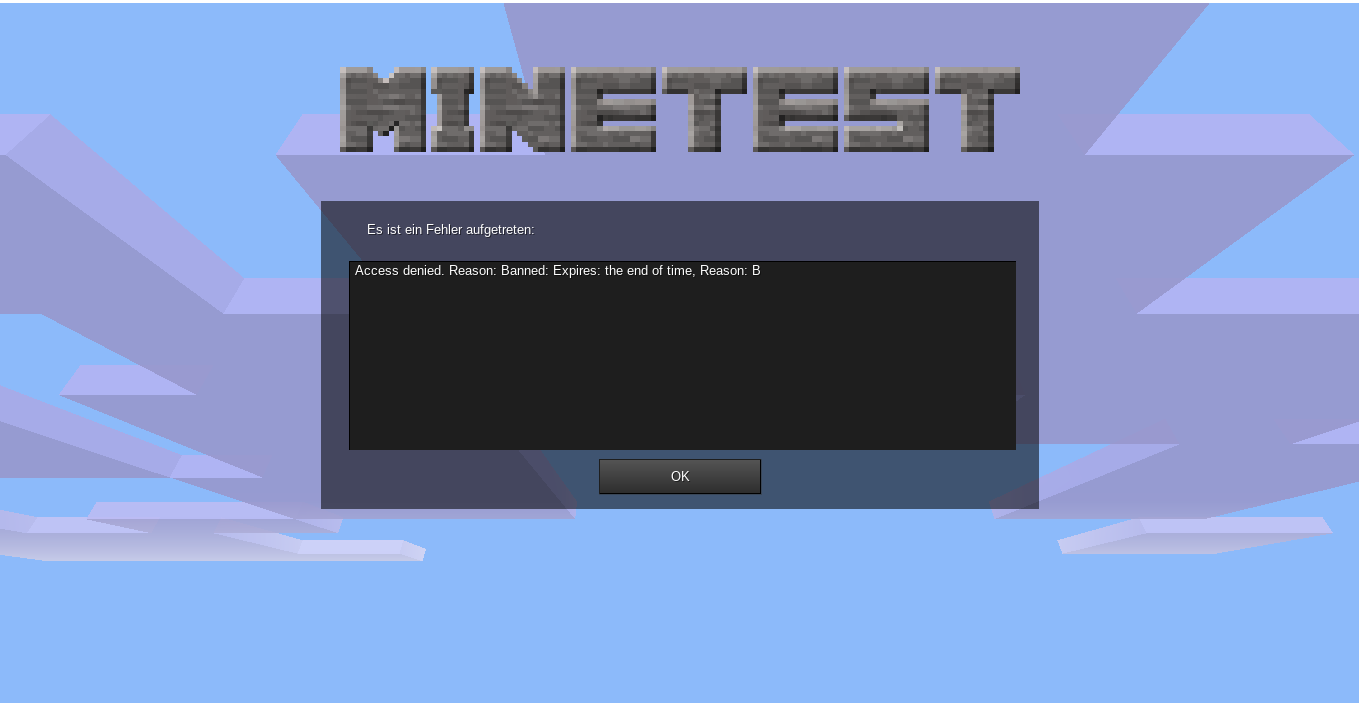 Can you please fix that? I'm real Enrico, not a hacker or weird thing like Lisaking.
Unban me and ban Lisaking. (When she joined your server)
[Enrico Craft Build] - [New Stuff] - [Better Faithful] - [Minecraftia-font] - [Parkour & Minigames]

The grand city of the IMPERIVM FERRVM is currently looking for new residents, we hope to build a massive Greco-Roman style city that will be the capital of the multi game gaming team.


If you are interested in living in this city on blocky survival PM me.
My modding team: https://github.com/basilea-rhomaion

By Greco-Roman I meant the architectural style.
My modding team: https://github.com/basilea-rhomaion