This is my take on sailing, it requires mobkit to work, also it depends on default because recipes n' all.

sailboat_craft.jpg
(25.51 KiB) Not downloaded yet

sailingkit01bar.jpg
(59.2 KiB) Not downloaded yet

Very cool, but immensely hard to control. Rowing is really slow, so when you crash into a cliff/beach, you aren't getting out of it any time soon. Turning is also really slow. But when you get sailing, it's really fun (until you inevitably crash or nearly do).
GUI Core Developer | My Best Mods: Bridger - Slats - Stained Glass | To contact me, send a PM

Actually i was afraid it was too easy. There's definitely a learning curve, but after some practice I'm not bumping into terrain anymore and can navigate narrow straits most of the time.

The goal is to keep it only as difficult for it to be viable to hold online races, so different players come to the finish line in significantly different time. I'll be tweaking it according to user input.

I'm also adding capsizing as an option, because the prospect of falling in water when sharks are about is just too much fun.


v-rob wrote:Rowing is really slow, so when you crash into a cliff/beach, you aren't getting out of it any time soon. Turning is also really slow.

The purpose of rowing is to reposition the boat to the wind should it find itself in the dead zone, so velocity is probably close to optimal, but turn rate is too slow when it's slow and too fast when it's fast, so it looks like I won't get away with the linear function, I need something more curvy, the patch is on the way.

When I put a ship, no sail and the cabin is flooded. But I can navigate. 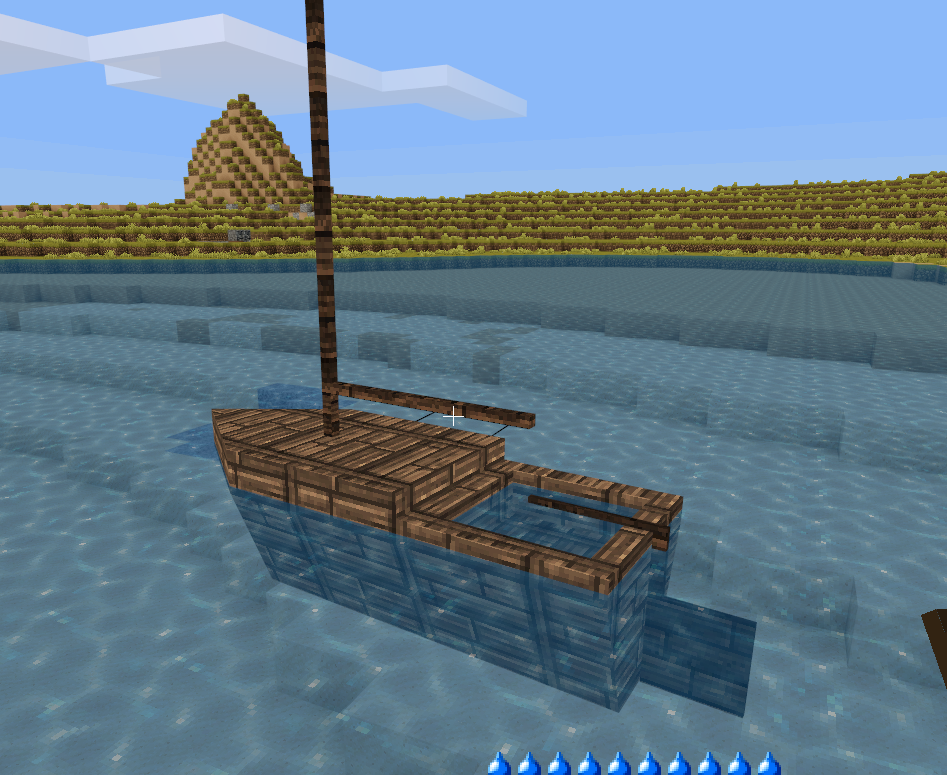 runs wrote:When I put a ship, no sail and the cabin is flooded. But I can navigate.

Boat spawns with the sail lowered, just get in and raise the sail by pressing space.
Please let me now if it worked - there are also bugs in the engine related to attachments.

If the cabin is flooded, you've probably changed buoyancy to something around 0.8 by the looks of it. The original value is 0.45, but anything below 0.55 should more or less work. If you really want it submerged that deep, then the hull needs to be redesigned.
... or maybe you're using modified mobkit - the api isn't intended to be modified,

Thanks!
Actually I just had a simple but cool idea, an update's coming soon.

how do you put the boat in the inventory?
[Сервер] Сrimea HiTech&Magic (RUS)

Imk wrote:how do you put the boat in the inventory?

You can't, once the boat is deployed it won't fit back into your pocket.
But it looks like I forgot about a way of getting rid of it, so

Thank you for this awesome mod! The boat is pretty good steerable if you get the hang of it... :)
Pandorabox Server: https://pandorabox.io / viewtopic.php?f=10&t=20311

BuckarooBanzay wrote:Thank you for this awesome mod! The boat is pretty good steerable if you get the hang of it... :)

Thanks,
although it's best used with mapgens that generate sizable bodies of water, because the boat though small can be as fast as a grown up yacht and easily makes over 16 knots, that can be a bit too fast for small inland lakes. 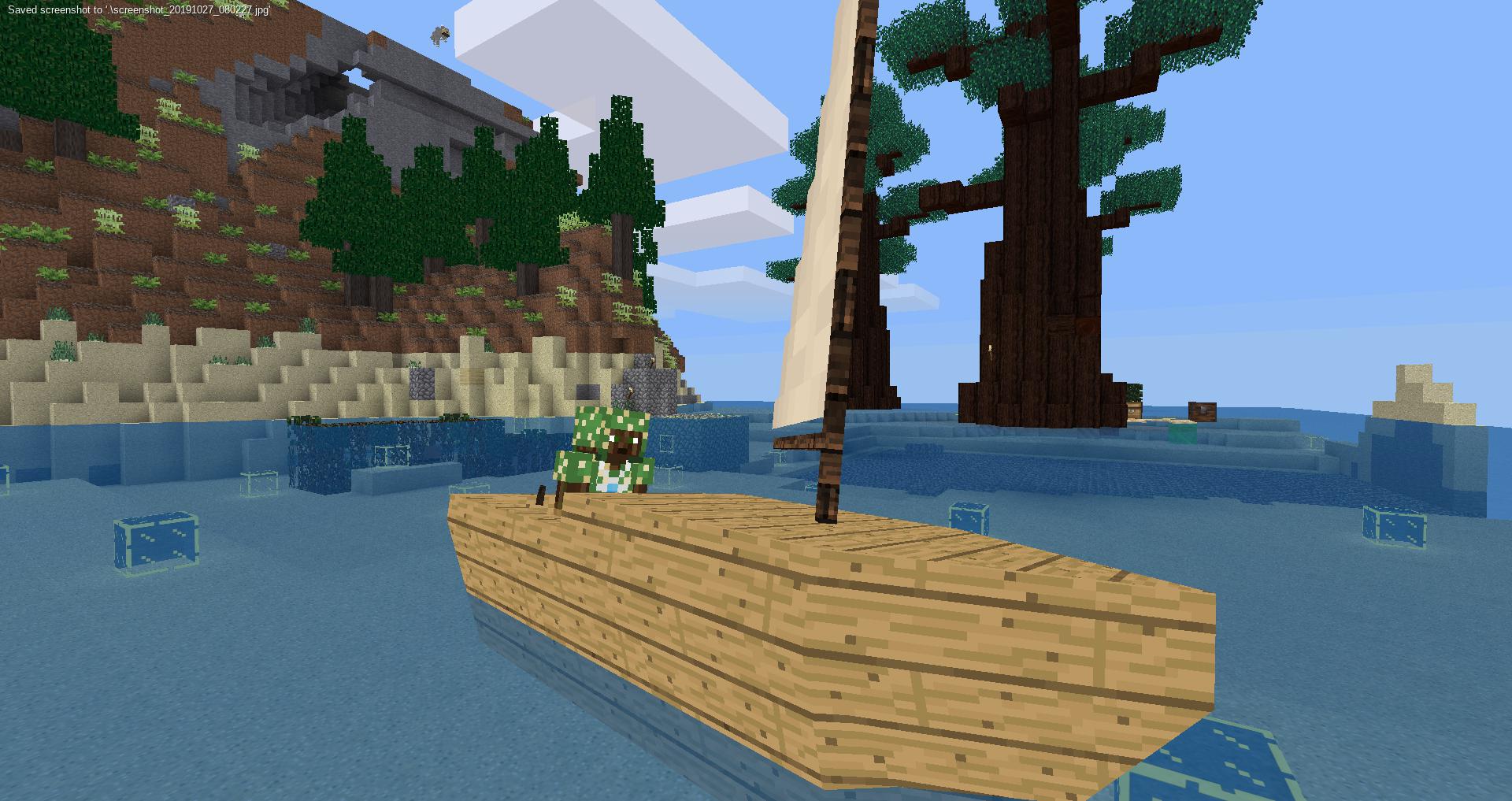 Hi,
The jitter is mosty caused by server lag so little can be done about it. In singleplayer this is mostly caused by map generation, so once you've mapped out the area you're sailing in things should improve.

Some tips as to turn rate, the boat is designed to handle similarly to a real boat, so you won't be able to turn on a dime. Turning is the result of water pressure on the rudder, so the slower you go the slower the turn, and you can't turn at all if stationary. Be sure to operate the sail so you get decent speed and plan your actions ahead.
If you find yourself in a tight spot lower the sail [space] - handling is different with the sail down and you can turn in place (think of it as you're using a paddle)

The boat is designed to be slightly challenging to operate, there's a bit of a learning curve, I'm sure you can get the hang of this if you give it time.
Post Reply
19 posts • Page 1 of 1