Good afternoon, I'm a new person on the forum. Sorry for the poor English, large texts have to be translated by machine.
I have a few ideas that I will try to implement in MineTest - but a few days of searching the forum did not work. If someone tells me where this can be read or has already been implemented, I will be very grateful.
I'm interested in creating a mod with a skill system. Specifically, there is a lack of the part responsible for passive resources extraction skills - classic mining, woodworking and the like.
If someone knows how to implement the function of the dynamic dependence of the production time of “Material X” with “tool Y” on the variable “skill Z”, please tell me.
I will be glad of any information, even in English.

Not sure if one of these is what your after?

DS-minetest wrote: ↑
Mon Jun 10, 2019 11:47
There should be more things that encourage to use the pc to play minetest, minetest is a pc game, and pc players are much more likely to become modders or developers or at least community members that keep minetest alive.

Wow, this is the first time I see such an elitist comment on the forum after some years in the community.

First, not all MT players even have access to PC, for many reasons:

You might not know this but there's 10 days statistics released every year about Minetest clients, and mobile users account for 92% of it... rubenwardy posted the actual link to the statistics in chat on the unofficial Discord server before, but I don't want to post the link here as I didn't request permission to do so, but here's relevant screenshot of the statistics: 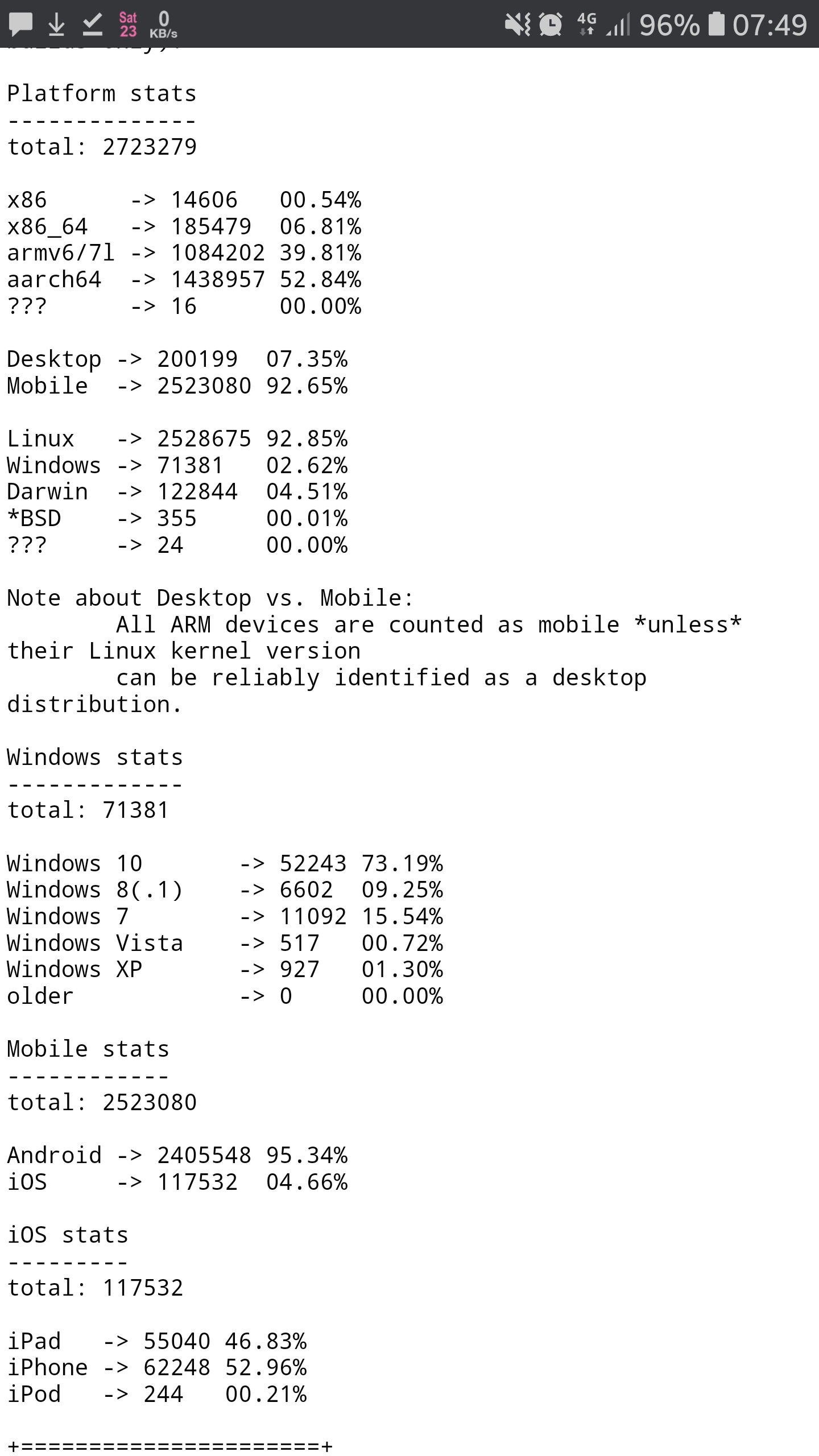 (yes I'm on mobile at the moment as well, get over it)

I first know Minetest from Multicraft, cuz I found folder named "Minetest" in the directory of Multicraft on my phone at that time, and I open it out of curiousity. I then look up Minetest and stayed in the community afterwards. I did had access to laptop some months after that but still stick to Minetest most of time, before my laptop broke again for the 2nd time this January and I had to get back to my phone until now.

While I'm not someone who would become developer, and my wip mod and my CSM are not that known, I did contribute to Minetest even from the time I only have access to mobile phone. That's how I did Malay translations for Minetest, majority were done on mobile.

Contributes to Minetest Wiki.
Also uses MT Offtopic forum.
You just read my profile, right?
Because these few texts of signature only appear on profile page as the texts are cut in signature. xD
Post Reply
2078 posts