About:
Cubic Realms is a kitpvp server similar to the Minecraft kitpvp servers. Claim a kit, open crates, and jump down into the arena! Cubic Realms is meant to be fast paced PvP, once you die you can jump right back into the action! You can PvP in a variety of biomes in a huge arena with many hidden secrets and easter eggs.

Discord:
https://cubicrealms.minetest.land half the time that works, half the time it doesn't idk why
https://discord.com/invite/UnH5eky

About the Seasons:
Seasons last for one month, team up with your friends and complete PvE realms to win exclusive enchantments which let you transform standard swords, armor, and other items into exclusive items that are only available during the season, once it ends new players and anyone who did not play during the season will never be able to get exclusive the seasonal items. Every time you beat a realm you get the opportunity to unlock a special crate which will grant you a random enchantment. 2 new enchantments are added to the crate every week as well as 1 new realm. 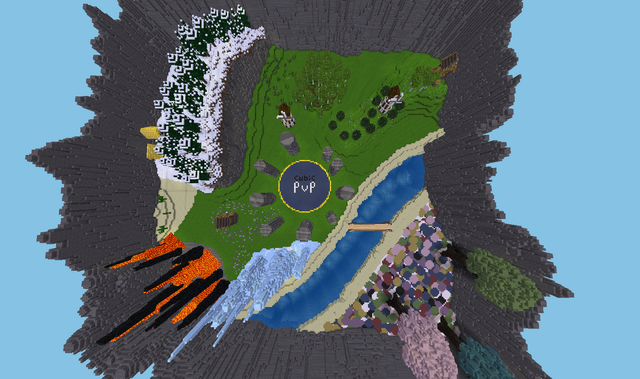